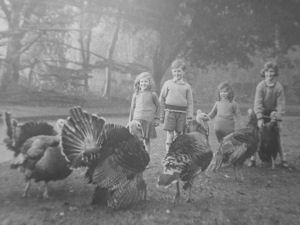 A brief service of dedication of a memorial and of commital of her ashes, was conducted by the Rev. John Richardson, in St. Mary’s Chapel, Northdown.

The Chapel, built by Mary’s Grandparents, James Taddy Friend and Mary Stewart (nee) Irvine celebrated its 120th Anniversary earlier this year. Holy Trinity Church was rebuilt on the adjoining land, donated by Mary and the family, after the original church in Trinity Square, Margate, was destroyed by enemy bombing in WWII.

Mary’s final wishes were that her ashes be returned to her childhood home of Northdown – beneath her favourite Mulberry Tree. Northdown house, park and buildings were given over to Margate Borough by the family in 1937, to be used and maintained as a public park forever, for the primary benefit of the residents of Northdown and Palm Bay.

The readings were Psalm 16, and Philippians 4, 4-7, celebrating in her rich, varied  and selfless life, read by her nephew, William Friend, of East Northdown Farm.   Mary’s two sons Peter Flach- retired Royal Hussars , and Tim Flach – a renowned photographer, and her three grandchildren all attended , together with cousins, relations and friends.

The Family looked inside Northdown House, which is currently being used by the BBC to film a docu/drama about the allied invasion of Normany. East Northdown Farmhouse is to be used as a ‘Normandy Farmhouse’.

Mary joined the ATS in the summer 1939, aged 18, and served throughout the war, and afterward in the control commission. She was one of only a handful of women, selected to land in Normandy- on D+20, attached to the military police. Monty, thought some women MPs would be necessary to handle female POWs and Churchhill though it would send a positive message out to allies and foes alike, to have women serving in Normandy at an early stage. She was initially based outside Caen, she  later moved to Brussels, and then North Germany. 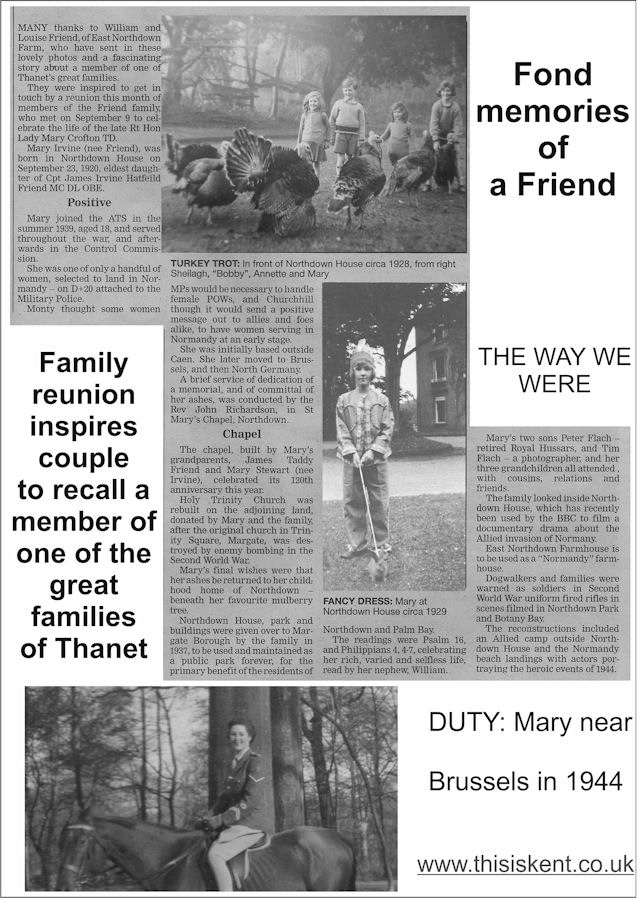